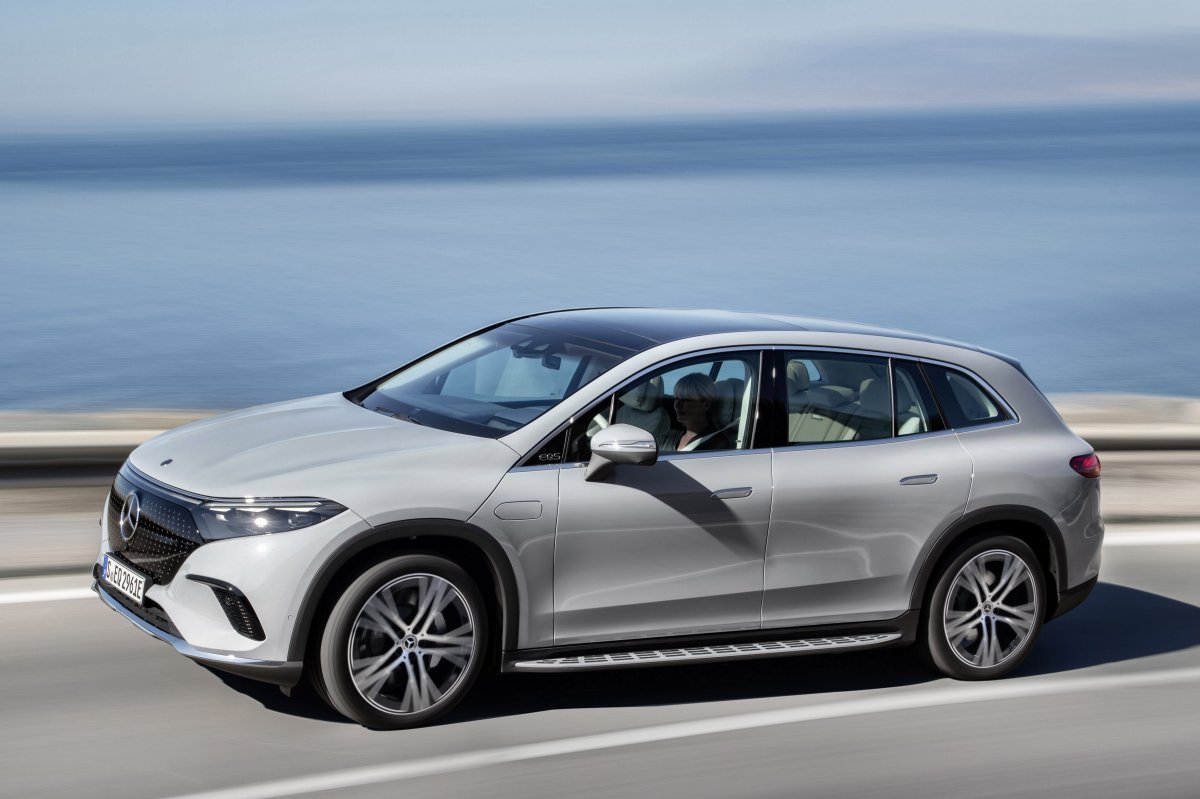 Mercedes-Benz has revealed the SUV version of its top-line electric car the EQS. The car is expected to reach showrooms before the end of the year, with a price tag of around £100,000.

Based on the same platform, but with a taller body and an optional three-row interior, it offers an alternative to the four-door coupe lines of the regular EQS for chauffeurs looking for more interior space.

Mercedes-Benz claims some versions of the car will be capable of 412 miles (WLTP) of range on a charge, and like the EQS saloon, it is capable of DC rapid-charging at 200kW, meaning a 10-80% charge can be achieved on a suitable charge point in around 30 minutes. Buyers can expect a generous charging package via the Mercedes Me Charge network – including 12 months’ free use of Ionity’s super-fast network.

The EQS SUV is the third ground-up all-electric Mercedes model, following the EQS and EQE. The EQS SUV can accommodate up to seven passengers. It shares its 3,210mm wheelbase with the EQS Saloon, but is more than 200mm taller at 1,718mm.

The second row of seats can be electrically adjusted as standard. A third row of seats with two additional individual seats is available as an option.

All EQS SUVs have an electric drive train on the rear axle, and the versions with 4Matic all-wheel drive also have a motor on the front axle, with drive distributed via a torque shift function. The electric motors are permanently excited synchronous motors.

The chassis of the new EQS SUV has a four-link axle at the front and an independent multi-link suspension at the rear. Airmatic air suspension with continuously adjustable damping is standard.

In addition to Eco, Comfort, Sport and Individual drive modes, the 4Matic versions feature a further Offroad mode, which raises the suspension. Rear-axle steering with a steering angle of up to 4.5 degrees is standard. This can be upgraded via a software download to give up to 10 degrees steering angle.

The interior features the MBUX Hyperscreen as an option. This large, curved screen unit spans almost the entire dashboard. Three screens sit under a common cover glass and merge visually. The 12.3in OLED display for the front passenger gives them their own display and control area.