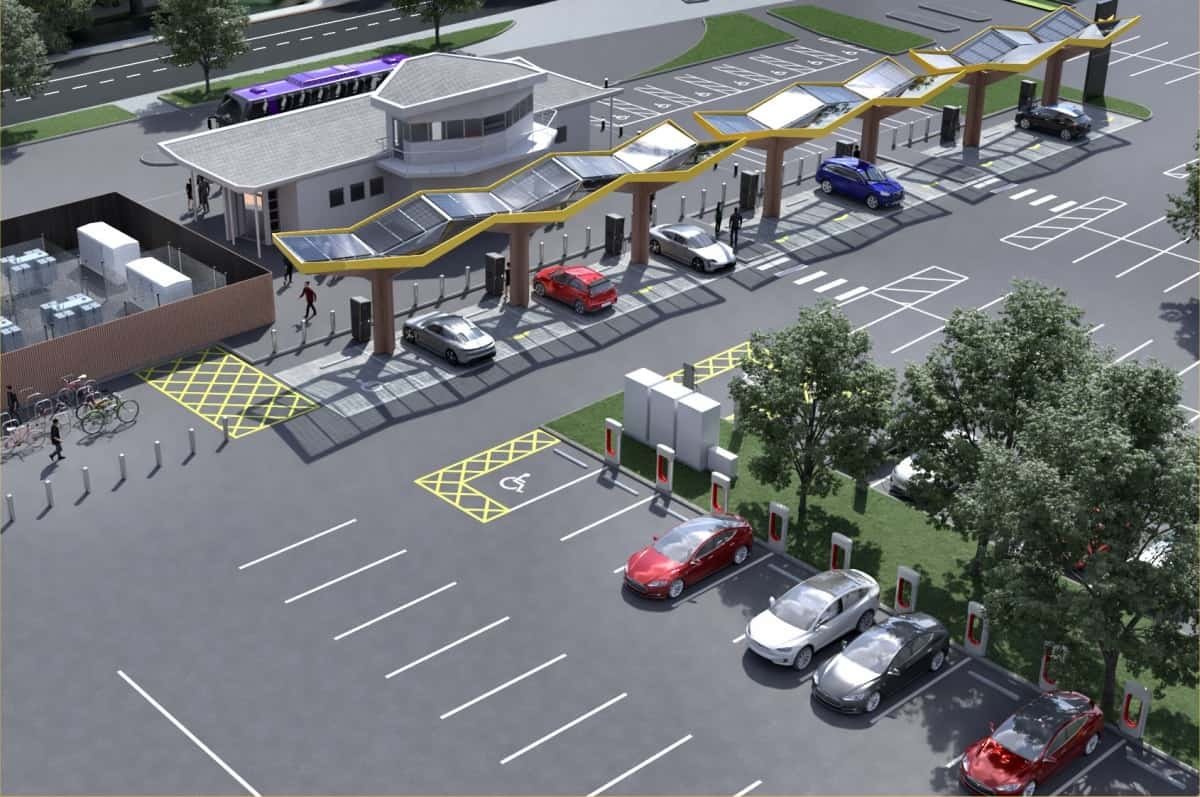 A group of companies and local authorities have announced they will open Europe’s most powerful electric vehicle charging hub in Oxford later this year.

The hub, with around 10MW of power on site, will initially feature 38 fast and ultra-rapid chargers (more than anywhere else in the UK) and has capacity to add more in future to help meet the need for EV charging in the area for the next 30 years.

The hub is the first of up to 40 similar sites planned by Pivot Power across the UK to help deliver the charging infrastructure needed for the estimated 36 million EVs by 2040. Pivot Power’s partners in Oxford include Oxford City Council, Fastned, Tesla and Wenea.

Unlike any other UK charging hub, the site is connected directly to the high voltage national electricity grid, providing the power needed to charge hundreds of EVs at the same time quickly, without putting strain on the local electricity network or requiring costly network upgrades. This innovative network has capacity to expand to key locations throughout Oxford to meet mass EV charging needs, including from buses, taxis and commercial fleets.

At the site, European EV fast charging company Fastned will build one of the largest charging stations in its pan-European network, where 10 300kW chargers will charge 14 EVs simultaneously, adding 300 miles of range in just 20 minutes. Tesla will install 12 250kW Superchargers, available for Tesla owners, while Wenea, one of the largest EV charging services providers in Europe, will deploy 16 7-22kW charging points.

TwitterFacebookLinkedInEmail
Posted in News
← Uber to launch first ‘local cab’ pilot in Plymouth with operator Need-A-CabUber recognises GMB Union to represent its UK drivers on employment rights →
We use cookies for various purposes including analytics. By continuing to use the service, you agree to our use of cookies. - Cookie Policy