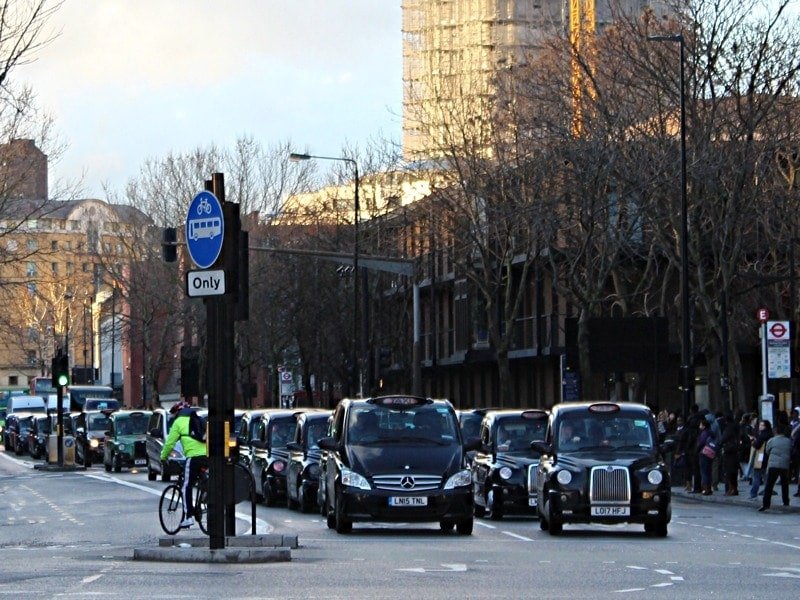 Angry taxi drivers brought traffic to a standstill at South London’s busy Elephant & Castle junction on Monday afternoon as part of a week-long series of protests against Transport for London’s handling of Uber’s private hire licence.

The protest was organised by the Independent Taxi Alliance which describes itself as a “pro-active umbrella group formed to highlight corruption through legitimate protest”.

The black cab drivers are complaining that Uber is still operating in London while it appeals against TfL’s decision last September not to renew its licence.

Further protests are planned every afternoon this week, including a demonstration at London Bridge this Thursday.

TwitterFacebookLinkedInEmail
Posted in News
← Uber given green light to launch in AberdeenTfL extends Addison Lee London licence for five years →
We use cookies for various purposes including analytics. By continuing to use the service, you agree to our use of cookies. - Cookie Policy