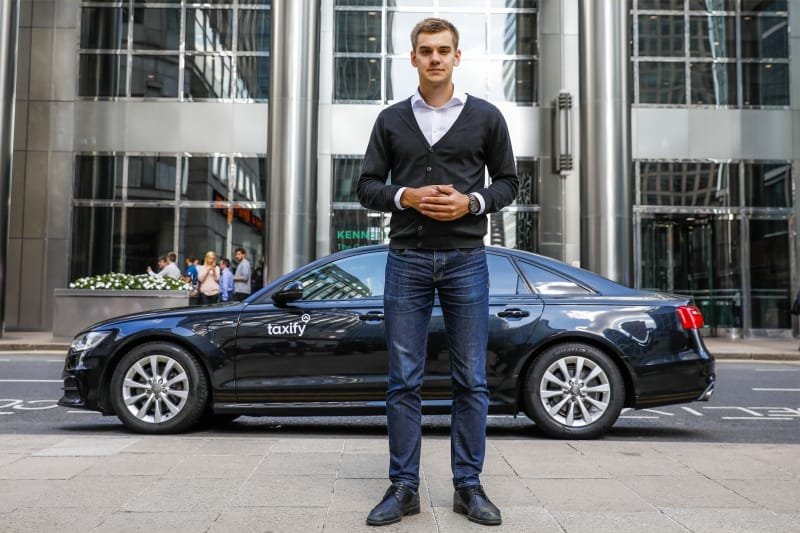 Estonia-based ride-sharing platform Taxify has launched its service in London, and is aiming to challenge Uber in the taxi app market.

Taxify has experienced rapid growth in parts of Eastern Europe and claims to have signed up thousands of drivers to the platform. And it is launching with heavily discounted rates, offering a 50% discount to anyone using the service during September. And there will be no “surge pricing” during the month, though the system will allow higher peak fares from October onwards.

Taxify takes a 15% commission from its drivers, which is around half the commission taken by Uber and other ride-sharing platforms. Taxify says this allows it to offer lower prices for riders and more take-home pay for drivers. The service also allows drivers to create a defined radius for pick-ups, meaning they don’t need to stray too far from home.

“Taxify believes in treating its drivers with respect, allowing them to earn more than with other platforms and providing a range of safeguards and features that help them work in the way that suits them best,” the company said in a statement.

Unlike Uber, Taxify also has a fully-staffed 24-hour customer service line and the option to pay in cash. The system attempts to find shared cabs for customers travelling to similar destinations, as a way of reducing fares.

Markus Villig, founder and CEO of Taxify (pictured), said: “London is a huge and thriving marketplace for private urban transport, and we’re excited to launch here. We know that Londoners are crying out for an alternative to the options currently available to them and we have listened intently to what both drivers and riders want.”

He continued: “We have based our business around a sense of fairness and transparency and it is testament to our business model that we have had thousands of London drivers sign up to Taxify in such a short space of time. We are enormously proud to be offering more choice and improved quality of service to riders.”

Finn Geraghty, UK operations manager, comments: “Drivers can expect to earn 10% more when driving with Taxify compared to competitors. Taxify achieves this by offering loyalty rewards to drivers in conjunction with lower prices to riders. Our focus as a company has always been providing our drivers with higher revenue-per-ride, as we’re firm in our belief that happy drivers means happy riders.”

Taxify is headquartered in Tallinn, Estonia. It employs more than 200 people worldwide, many of whom previously worked at Skype, TransferWise and Google.

TwitterFacebookLinkedInEmail
Posted in News
← LPHCA backs London Assembly call to refuse Uber London licenceTfL forces Taxify off the road after just three days over licence issues →
We use cookies for various purposes including analytics. By continuing to use the service, you agree to our use of cookies. - Cookie Policy