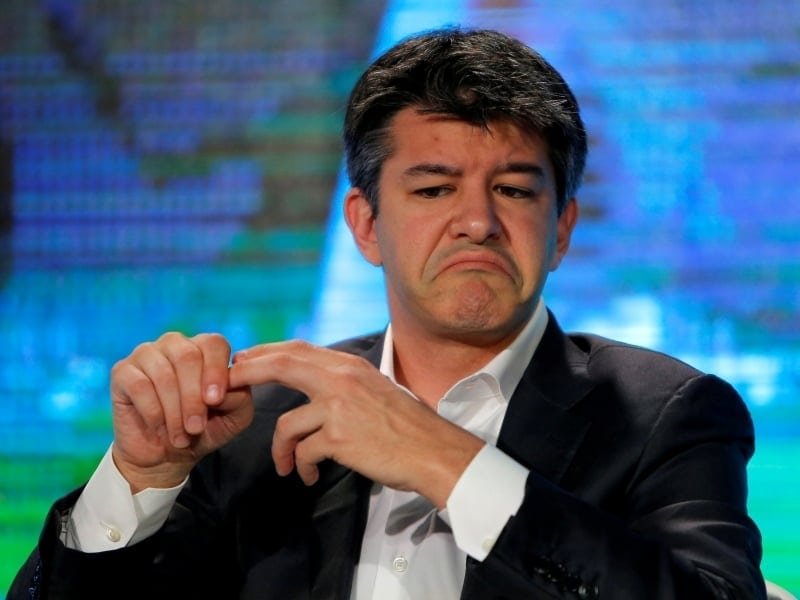 Uber’s founder and chief executive Travis Kalanick has stood down and taken indefinite leave from the company, following numerous and damaging scandals at the online taxi operator.

Kalanick’s decision to stand down comes in the wake of a highly critical report into Uber’s “dysfunctional” management, the revelation of further allegations of bullying and sexual harassment at the company, the departure of several senior managers, and a highly damaging lawsuit with Google over the alleged theft of patents relating to autonomous cars.

Kalanick is also mourning the death of his mother in a boating accident last month, and has vowed to use his indefinite leave of absence to improve his leadership skills. In a letter to employees, he wrote: “If we are going to work on Uber 2.0, I also need to work on Travis 2.0 to become the leader that this company needs and that you deserve.”

He said he would still be involved with strategic decisions, but not the day-to-day opearions. “Recent events have brought home for me that people are more important than work, and that I need to take some time off of the day-to-day to grieve my mother, whom I buried on Friday, to reflect, to work on myself, and to focus on building out a world-class leadership team.”

However, it is unlikely that the company’s other shareholders and backers will be prepared to welcome back Kalanick that easily. Uber’s shareholders, including Goldman Sachs, Google Ventures and Saudi Arabia’s Public Investment Fund, have increasingly called for Kalanick to go, even though they cannot technically oust him because of the super-voting shares he and his allies own.

Shareholders believe Kalanick’s aggressive personal style was incompatible how Uber should portray itself to the markets as it prepares for an initial public offering (IPO), perhaps as soon as next year. Recent leaks of bawdy memos about how Uber executives should behave have added to a litany of Kalanick gaffes, most notably an incident earlier this year, when he was caught on camera launching a tirade of abuse at an Uber driver who claimed Kalanick’s policies had cost him money.

A memo from Kalanick was leaked last week, in which he warned employees attending a company “team bonding” exercise not to toss beer kegs off the hotel’s roof and set guidelines on who could have sexual relations. This is indicative of the “frat house” culture that Kalanick has created, and which has upset shareholders.

The last straw for the shareholders was an independent report led by former US attorney general Eric Holder into Uber’s culture and management. This uncovered management dysfunction at the company and recommended a reduced role for Kalanick. Emil Michael, Kalanick’s friend and Uber’s senior vice-president of business, was also fired in the wake of the report.

The Holder report issued wide-ranging recommendations including greater board independence, mandatory management training, and banning intimate relations between employees in a reporting relationship. The findings, which were based on interviews with more than 200 workers, also recommended that Uber rewrite its 14 cultural values (which include “stepping on toes” and “always be hustlin’”) to eliminate those that can justify poor behaviour.

Uber commissioned the Holder report following allegations of sexual harassment and sexism from a former Uber engineer, Susan Fowler. The report recommended an oversight committee for ethics and an independent board chairman, and all its findings were unanimously approved by Uber’s board on Sunday.

A separate report also investigated 215 cases of harassment and bullying, and resulted in the firing of 20 Uber employees last week as well as warnings and mandatory training sessions for dozens more.

Meanwhile the lawsuit filed by Google’s autonomous car arm, Waymo, has led to the firing of the executive at the centre of the scandal. Waymo accused Uber of hiring Anthony Levandowski, one of its former managers who, it alleged, stole thousands of technical documents that have been used to speed up Uber’s own autonomous car programme. Uber has denied that charge, but earlier this month it fired Levandowski, another close ally of Kalanick.

Uber has not named a replacement for Kalanick, or even an interim CEO. Instead the company will be run by the 14 managers who reported directly to the ousted founder.