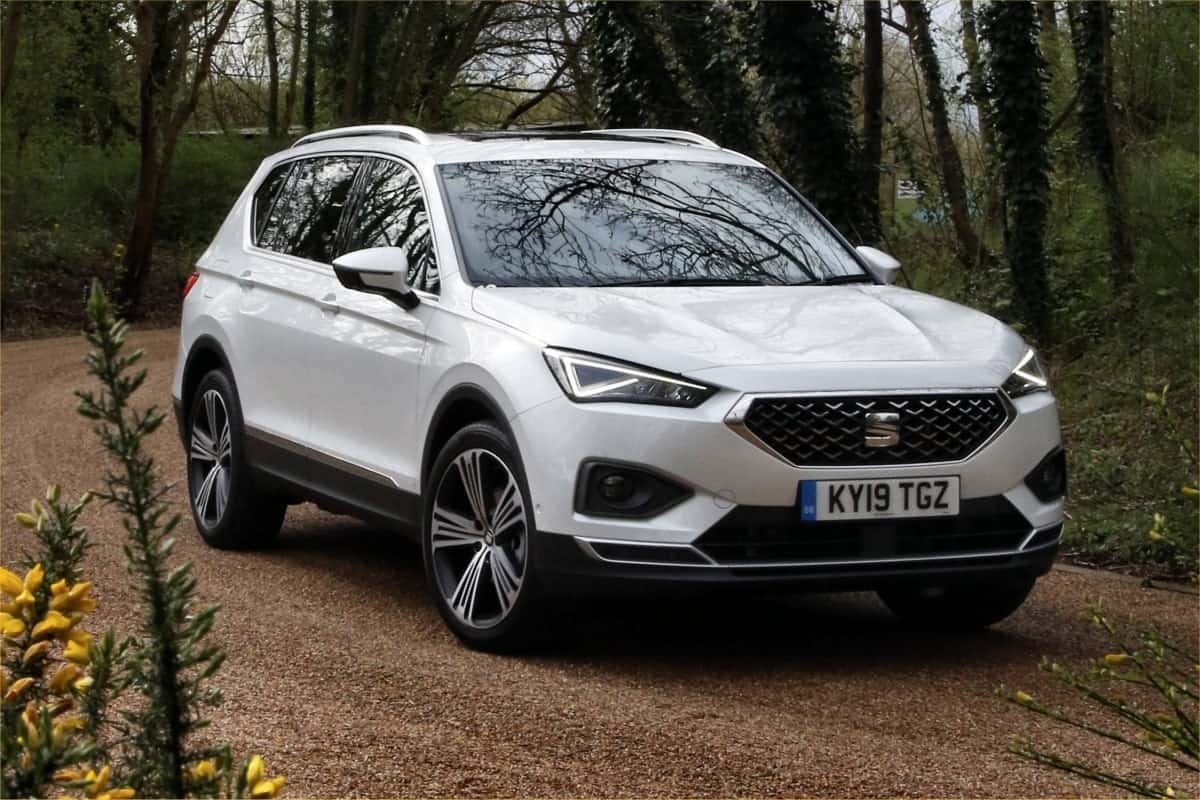 Yes, it’s another SUV. It’s a stark reality of the world motor industry that, right now, everything is becoming SUV-shaped. Indeed, the saloon car as we know it is becoming an endangered species, outside the prestige brands, where the executive saloon is alive and well.

But just as the big volume-brand cruisers such as Ford Scorpio and Vauxhall Omega died out around the turn of the century, the smaller three-box models are on the way out too.

And having largely killed off the traditional one-box MPV too, it is the ruggedly styled SUV that is doing the dirty deed on the saloon sector too. With the demise of the Toledo, and the Exeo a few years ago, Seat now no longer offers a saloon car. Instead it has three SUVs in its range – the biggest, the Tarraco, joined the small Arona and mid-sized Ateca in 2019, and it is the car on test here.

If the Tarraco looks familiar, that’s because it is the product of some cunning badge-engineering in the Volkswagen Group. The Tarraco shares its basic bodyshell and running gear with two existing models – the Volkswagen Tiguan Allspace and the Skoda Kodiaq. The Tarraco has a lower stance than the Kodiaq, and is pitched as a slightly sportier model, with more aggressive styling than its practical Czech-brand sibling.

Seat’s share of the market has been growing, and the company has started taking fleet customers seriously. Seat UK has just launched a Fleet Commitment initiative, offering benefits including cost-effective service regimes, breakdown assistance and free vehicle health checks, as well as free labour on jobs less than 12 minutes.

Tarraco comes with six trim levels: SE, SE Technology, Xcellence and Xcellence Lux, plus sporty FR and FR Sport trims. Five powertrains are available from launch. Two petrol: 1.5 TSI 150PS manual and 2.0 TSI 190PS with DSG automatic and with 4Drive all-wheel drive. And there are three 2.0 TDI diesel variants: 150PS available in manual and DSG with 4Drive, and a 2.0 TDI 190PS in DSG with 4Drive only. A petrol-electric plug-in hybrid version has just joined the range too. Prices start at £28,335 OTR.

The Tarraco is a seven-seater, though don’t expect every council to licence it as a seven-seater PHV. Rear seat access isn’t up to Galaxy/Sharan standards, and given that some councils are reluctant to licence bigger seven-seat SUVs such as Audi Q7 or Volvo XC90, it’s likely that you might struggle with Tarraco. Of course, if you need a proper seven-seater, Seat is one of the brands that has that covered with the Alhambra MPV.

In fact, it’s safer to see the Tarraco as more of a roomy, tall estate car than an SUV. And as a five-seater car it is a very roomy and comfortable vehicle. Rear doors have minimal rear wheel arch intrusion, making access easy. There’s ample headroom, and in five-seat mode you can move the seats back to give really decent legroom.

And in five-seater mode, the boot is transformed from a marginal space to a cavernous one. With all three rows up, you get just 230 litres – just enough to squeeze in our standard cases – they were touching the tailgate, which required careful closing. But in five-seater mode you get 700 litres of space.

Interior trim is classy, mainly charcoal grey with some aluminium detailing, with a clean and simple dashboard. The instrument panel is digital with a 10.25in screen, and the central tablet-style satnav has an 8in display. It is compatible with Apple CarPlay and Android Auto.

Seats are firm but comfortable. In the SE trim diesel we tested, the seats are cloth trimmed; alcantara and leather are available further up the trim levels.

On the road, the car feels stable and solid. The 150PS engine is a little lacking in thrills, but that’s of no concern – this is a quiet and competent car with very little engine noise – at motorway speeds, the engine is barely ticking over at below 1,500rpm. The smaller wheels on the SE – 17in or 18in on SE Technology – help the ride comfort compared to the bigger 19in or 20in alloys available on Xcellence trim. That lower, car-like stance helps too.

On test, we achieved a highly acceptable 42.2mpg on mixed roads, averaging 30mph. That’s shy of the quoted 57.6mph combined economy figure, but not far off the new WLTP figure, which Seat is one of the first manufacturers to quote. The Tarraco will return 44.1-47.9mpg under WLTP, Seat claims – very close to our test figure.

Seat is a brand that is gaining traction, and its blend of sporty feel and practicality is finding favour with private buyers and fleets. It’s a good option for private hire operators too, with a number of models – notably Alhambra MPV and Leon ST estate, as well as the soon-to-be-gone Toledo – that offer good practicality at a reasonable price.

Tarraco is a worthy addition. As the world becomes more SUV-shaped, so will the world’s taxis. With plenty of rear seat space and a very decent boot, it’s a very practical vehicle – though we must stress that not all council licensing departments will see it as a seven-seater.

Dealer support is good, too. Seat has started looking after fleet customers and there are some decent offers available, like a two-year fixed-price servicing package for £350. Check with your dealer if these offers are still available on vehicles bought for hire and rewards, though.