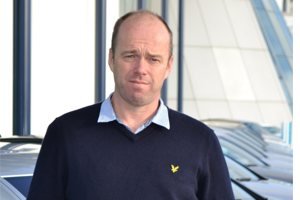 Ask any chauffeur about the problems he faces and you can be sure that finance will come somewhere near the top of the list. Chauffeur cars aren’t cheap – but increasingly chauffeurs are facing demands from clients to have the lasts models on strength.

Few chauffeurs are cash-rich enough to buy cars without finance – so the pressure’s on to find funding, whether it be hire purchase, leasing or contract hire. And there are some attractive rates to be had – from manufacturers’ chauffeur programmes in particular – providing your credit stacks up.

Unfortunately, that’s not always the case. For many operators, even when a deal is agreed, they can find the underwriters – or their computers – simply say no. And when that happens, there’s an opportunity for Chris Brown.

Chris has worked in the finance industry since h e left school, staring as a bank cashier in his home town of Portsmouth. He set up Ethos Finance seven years ago in 2007, specifically to fill a niche he’d started to spot, provide funding for all those chauffeurs and private hire operators that get turned down by the manufacturer and the banks.

And despite the recession, he’s clearly got the timing right, as chauffeurs are increasingly turning to Ethos for not just finance, but for vehicle sourcing and other services such as insurance.

Ethos acts as a specialist broker, understanding the market and raising asset finance from a number of finance houses, notably Liberty and Close. “These funders will go and see client to make sure they know who they’re lending to,” says Chris. “They look at the deal as asset finance, not a car loan. So they take into account what the asset is, and what the business is. They know the value of the car and keep the write-down going.”

This means the deals are likely to be structured differently to the low-rate deals on offer from the manufacturers. “Manufacturers rates may be as low as 2.9% APR, but they want a 20% deposit. And that’s a lot of money when you’re buying a £60,000 car,” he says.

“And the manufacturers are creaming off the safest customers. Those that are turned down are left at the mercy of banks – which are not lending into certain sectors at the moment.” That’s when Ethos steps in. “We’re looking at maybe a 10% APR. The rate might be higher, but the chauffeur will get the car. While the interest is higher, it’s not massively higher. But it’s a cash-flow issue. The operator won’t have to find a 20% deposit.” Typical deals are three or four years, structured with a final payment at the end, when the operator chooses to keep the car or use it as a trade-in against a new one.

“We’re funding assets – we look at the business. Manufacturers do it on a credit score,” Chris says. At the moment Ethos doesn’t offer contract hire. “We would look at it, but we’d need to get someone to offer it independently of the manufacturers. And that would become so expensive. Look at the manufacturers’ rates – it would be impossible to match them.”

In fact, because finance is such an issue, Chris is now finding that some chauffeurs are coming to Ethos before they talk to the manufacturer. In some cases, these operators have already been declined earlier, despite having a sound business. But the risk-averse underwriter may not be satisfied with the company’s books, or may notice an old CCJ from years ago. “Sometimes fear they’ll get turned down for a five year old CCJ,” says Chris. “While that’s a concern, it’s not bad credit.”

And if the chauffeurs are going to Ethos first, they’re asking Chris to source the vehicle as well as the finance – which Chris is happy to do through his contacts at manufacturers and dealers. Ethos is now offering insurance via SEIB – “we’re just adding things on”, he says.

One customer had been turned down by Mercedes but had been directed toward Ethos, and Chris was able to finance a Viano. A little later, the same customer said he wanted a BMW 7-series – so Chris called his contacts and sourced a suitable car. When he told the dealer who it was, the dealer told him the customer had also been turned down by BMW. But by working closely with the chauffeur, Chris was able to work out that the company was in good financial health. Indeed, he’s since ordered another car – that’s three cars sold to a company that couldn’t get a deal.

Part of the problem, Chris believes, is poorly presented accounts. “When you go to manufacturers they always want to see accounts – and often they are not done properly in this business. Manufacturers tend to look at the operator’s cash-flow, and can spot whether the proprietor’s propping up the business. If that’s what’s happening, it’s likely to be a case of ‘computer says no’.

For some operators, the fear of being turned down for finance is so severe that they’ve given up trying, choosing instead to rent a vehicle. “Lot of people in the market are trying to rent out cars. It offers a simple, untraceable, short-term fix that can often turns into a long-term fix.”

Another company had been left with – he thought – no option but to rent a car because he’d been left with a £50,000 debt resulting from the collapse of Lehman Brothers in 2009. “But we were able to give him a facility to buy a new Mercedes S-Class. His business was sound but he was caught in a situation from many years ago.”

The funding on offer was different from the mainstream as he had such a large outstanding debt. But Chris says the risk was acceptable, especially as the deal involved the hottest car in the market right now – the new S-Class. If the worst happened, the car could be repossessed and sold on to another chauffeur, as there’s overwhelming demand for S-class right now.

S-Class in particular means it’s a busy year for the industry. “The E-Class is still quite new and the V-Class to follow. Plus there’s a new Audi A8, and new Q7 later this year,” Chris says. Opinions are divided on the E300 Bluetec Hybrid. “Larger companies have gone with the E-Class hybrid, but owner-drivers are wary of paying the extra purchase price and seem to be sticking with diesels.” says Chris.

The S-Class does drive the sector – many chauffeurs delayed their purchases until it came out. But at £64,000 compared to Audi A8L, Jaguar XJL or BMW 730Ld priced below £50,000, Chris has seen some companies choosing these S-Class alternatives and saving some money. 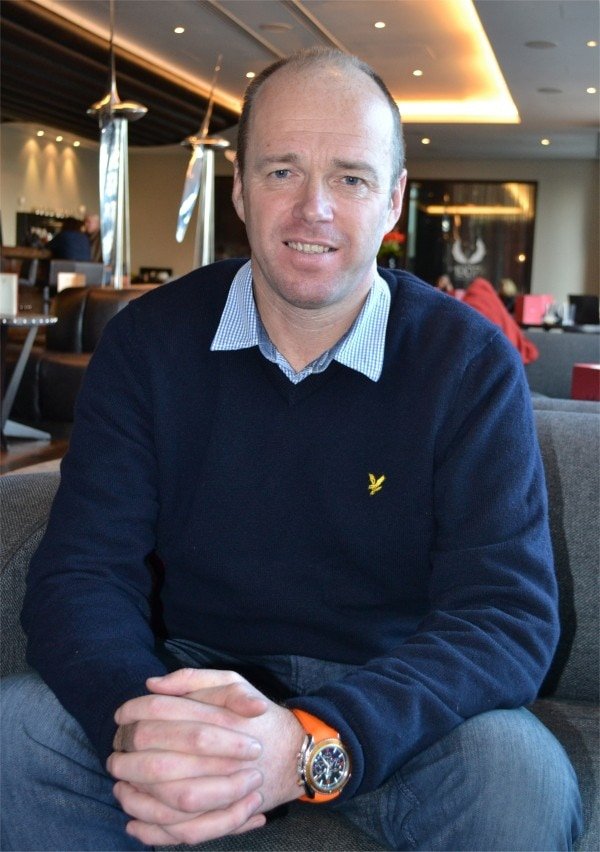 Chris has grown Ethos organically – he has a client database of more than 4,000 – but he’s looking to expand. “Are we the only game in town? No – there are others who offer chauffeur funding. But there are not many who understand it as well as we do.”

As the market changes, Chris believes Ethos is well placed to grow. Standards are higher nowadays – gone are the days of the double-shifted Vectra. Nowadays, operators increasingly offer tiers of service – so big private hire operators are offering an executive service, adding E-Classes, while Chauffeurs are adding fleets of Toyota Prius PHVs for business accounts.

“It’s becoming blurred in the middle,” says Chris. “Outside London you might find a private hire operator running a fleet of Mercedes cars. In London it’s something different – Skodas or Prius. We can help either – we don’t just fund expensive chauffeur cars.”

Chris says he has experienced a very low default rate, and when it does happen, the cars are 90% of the time in good condition.”If something goes wrong and the car has to go back, we have customers – and the finance companies are happy to reallocate them.”